Starboy Entertainment’s Soco is one of the most searched songs of the year, according to reports. The song had Wizkid on it, alongside other music acts associated with the label.

At the recently held Google For Nigeria event it was announced that Soco is among the most searched phrases by Nigerians on the search engine this year. Other words that featured on the list includes; “how to dance shaku shaku” and “Worldcup fixtures”

Soco was released as a single earlier in the year. The song is composed of verses from Wizkid, Terri, Spotless and Ceeza Milli. The song has since become a big hit such that it is being tipped for an award at the close of the year. 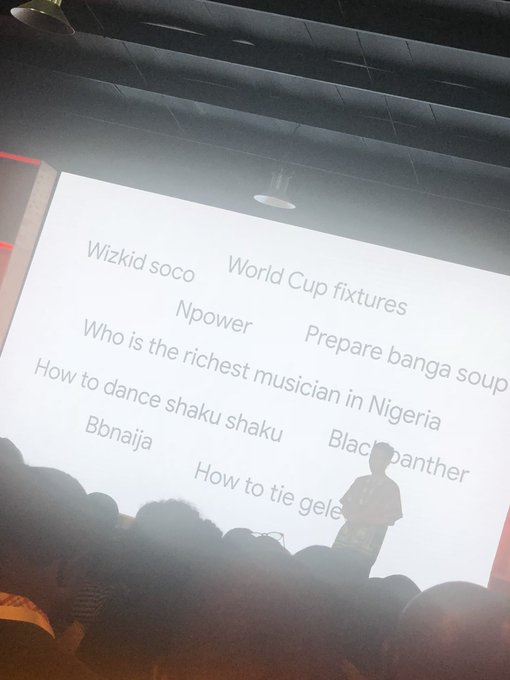 Some of the most searched things on Google in Nigeria this year.#GoogleForNigeria