Following the recent agitations for the creation of Biafra by some Nigerians of Igbo extraction and the quit notice given to Igbos by the Arewa Youths coalition in the Northern region, the pan Yoruba group, O’odua Nationalist Coalition, (ONAC), has called for the creation of Oodua republic for Yorubas in the South West region of the country.

According to ONAC, it has become necessary for the Yoruba’s to have their own republic following the unending problems and conflict around the true leaders of Nigeria. The group called on Yorubas residing in other regions in Nigeria, particularly in territories where Hausa-Fulanis abound, to be guided by a strong sense of history and the fact that they would not be spared by those who claim to be their hosts.

“We advise them to begin to make alternative plans for the inevitable upheaval being promoted by the Fulani oligarchy. The North has always been the aggressor because of the region’s loss of power and the unhidden desire to make Nigeria the irreversible extension of the Fulani emirate. What we see is violent conflict of civilisations which can only be resolved when each region go her own way. In the bid to keep Nigeria as one country, millions of people have been killed and the lives of children wasted, the future pauperized and the potentials of Yoruba young men and women bottled or chained with fetters of iron. Today, we make the historic declaration that Yoruba people are ready for our own Oduduwa Republic. We have watched events these past days. The cloud is getting thicker. The poisonous rain appear ready to fall. It is time for the Yoruba people to be ready to defend our homeland from being seized by local imperial elements and their collaborators. We assert Yoruba self-determination and sovereignty. We shall work for it. We will actualize it. It is time for the Yoruba people to stand for Oodua Republic without any further delay. Yoruba people this time will not support any attack on Self determination. We shall mobilise the masses and prevent Yoruba people from being used for any attack on the long suffering indigenous peoples of the South East and the South- South. This is not the first time we have called for Oodua Republic. In April 2015, we organized a massive rally demanding for Oodua Republic. But today, this demand has become even more crucial than any other thing.” ONAC said.

“Our leaders beginning from Chief Obafemi Awolowo were jailed on trumped up charges. 28 leaders of Yoruba were imprisoned unjustly. Chief M.K.O Abiola was murdered. The industrial bases built by Awolowo were destroyed by the military rookies appointed to control the South West region, our culture destroyed and the future of our young people put asunder. Today, many Yoruba people have become scavengers across the world fleeing from a hostile, bloodletting and malicious country that hold no promise of good and abundant life for the long suffering and exhausted population. We call on Yoruba people all over the world to prepare for a sovereign nation for the people of the South West. We are over 50 million and far more than the population of 140 countries in the world. Yoruba will be the third biggest nation in Africa and about the 28th biggest nation in the world. We are big and knowledgeable enough to be a sovereign nation. We assert the Yoruba self-determination without any further delay.” 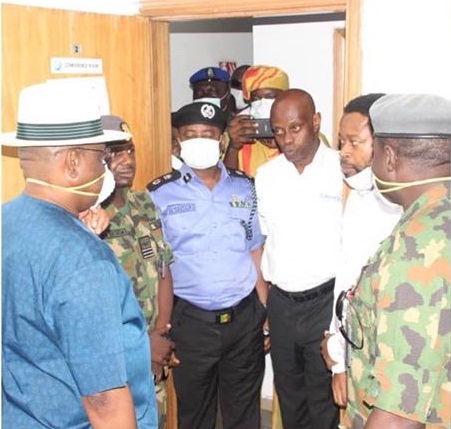