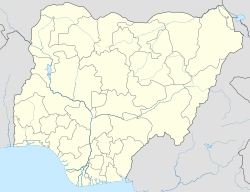 Ekwulobia, the largest town in Aguata, is expanding rapidly to a population of about five-hundred thousand people. It is the major commercial town in the area. Most Nigerian Commercial banks maintain their branches there. It also boasts of a stadium, a Federal Prison( part of which falls into Ezinifite) and a major market, Eke Market. Several new agricultural factories[3] established around Ekwulobia town have also attracted workers into the town. Ekwulobia is also a major transit hub from where travellers can connect to other far flung cities in Nigeria. There are public transport vehicles that run from Ekwulobia daily, to Onitsha, Awka, Port Harcourt, Lagos, Abuja, Enugu, Abakaliki etc.

Ekwulobia is indeed a Beehive of activities especially during the festive period, it always attracts thousands of visitors during this periods. The famous and legendly ‘Achukwu’ masquerade which the nine villages that make up Ekwulobia has, is a beauty to behold.[4]

In the area of hospitality business, the town has few hotels such as Orthon Palace Hotels[5] and in recent times Chicago Hotel. All these and many other features have made Ekwulobia a must visit for many visitors as well as other neighbouring towns in the area.

Ekwulobia Development Union is the mother union of all branches of Ekwulobia People’s meetings both home and abroad even in the diaspora, with Lagos branch which is headed by Nze Lawrence Ezenwa(Ogbuehi Chinaza Oku) being the strongest of all the unions.

The famous ‘Awuka’ masquerade of Aguluezechukwu and ‘Nkpokiti Ije Enu Dance’ were noted for their unique dancing steps and won accolades in the then Anambra State.[6]

Other towns in Aguata L.G.A

Ekwulobia Is one of the towns in Aguata local government and is also the headquarter of the Local government. They have a wide known masquarade which was banned last year (2016) due to some bad practices they are indulged in (ref – http://www.generalbaze.com.ng/video/town-issue-achukwu-banned-ekwulobia/2017/01/10/town-issue-achukwu-banned-ekwulobia/ )

Isuofia, according to history originated from Isu Kingdom. Isuofia In the olden days have a little stream which later left the town

Aguluezechukwu, according to history originated from Uga. The name Aguluezechukwu is a combination of ‘Agulu and Ezechukwu’. History has it, that the Ezechukwu clan in Uga were primarily hunters who came to hunt Elephants and other animals in the vast land of Aguluezechukwu. In the course of their hunting expeditions, they decided to create a temporary settlement which later became permanent till date.

Here is the list of secondary schools in Aguata Local Government Area: