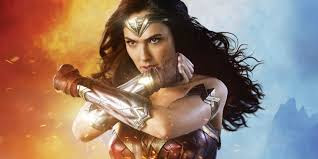 There will be a Wonder Woman 2. Warner Bros. Pictures and DC Comics made this announcement during a panel at San Diego Comic-Con on July 22.
Wonder Woman is Warner Bros.? most successful DC Universe property.  it is also the highest grossing movie of the summer, so it’s understandable that they will want to make a sequel. Gal Gadot, the lead actress in the superhero film, made an appearance at the news-packed panel where the announcement was made.
She was there with other members of the “Justice League” cast – Ben Affleck (Batman), Ezra Miller (The Flash), Ray Fisher (Cyborg) and Jason Mamoa (Aquaman).

No release date has been announced for the Wonder Woman sequel. Wonder Woman?s next appearance will be in Justice League, DC and Warner Bros.? culmination of all the superheroes they?ve introduced over the past few years.