Chelsea have confirmed the signing of Spanish international Kepa Arrizabalaga for a fee of £71.6 million, a world record for a keeper, according to Eurosport.co.uk reports.

Kepa, 23, joins from Athletic Bilbao after Chelsea paid his release clause to bring him to the Premier League.

The club have confirmed he has signed a seven-year contract.

Chelsea Football Club is delighted to announce the signing of Kepa Arrizabalaga from Athletic Bilbao.

Kepa told the club’s website “It’s a very important decision for me, for my career, and also for my personal life.

“So many things attracted me to the club, all the titles the club has won, the other players, the city, the English Premier League. It’s an accumulation of things, and I am very glad Chelsea has decided to trust me and to take me in as well.”

He arrives as the replacement for Thibaut Courtois, whose move to Real Madrid was confirmed earlier on Wednesday evening.

Kepa made 53 La Liga appearances for Athletic over the past two seasons and signed a long-term contract in January after interest from Real.

His fee beats the previous record of £66.9 million that Liverpool paid Roma to sign Alisson Becker. 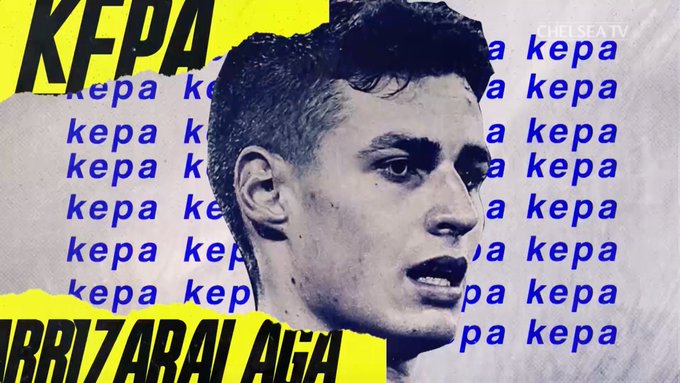 Kepa is a Chelsea player!

Messi bids Neymar farewell as he leaves Barca for PSG