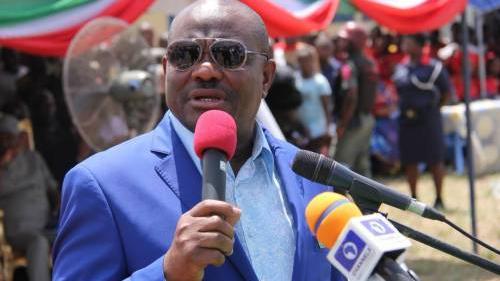 Wike said he has taken further steps to enforce the governors decision.

Governor Nyesom Wike of Rivers State has announced his readiness to implement the decision of Southern governors on open grazing in his state.

Wike said he cannot be cowed by anyone from implementing the governors’ decision to ban open grazing in Rivers State.

You’ll recall that on Tuesday, May 11, 2021, Southern Governors’ Forum placed a ban on open grazing of cattle across the southern region after a meeting in Delta State.

Speaking at a grand reception in his honour by the people of the Ogoni ethnic nationality in Bori, Khana Local Government Area of the state on Saturday, May 15, 2021, Wike said he has taken further steps to enforce the governors’ decision.

“Nobody can cow me. The government cannot cow me. I will say my mind and I will do what is right for my people. Nobody can kill me before my time. I will die the day God wants me to die.

Let me also tell those who are criticizing Southern Governors’ ban on open grazing, let me inform them that I have taken further steps to enforce what the southern governors resolved in Asaba.

“If anyone wants to die, let him go and die and hang himself on an electric pole. We (Southern Governors) have taken a decision and there is no going back. Enough is enough. We are not second-class citizens of this country. We also own this country and we must partake in what is happening in this country,” Wike said.

The governor, who was conferred with a chieftaincy title by the Ogoni people led by the Chairman, Supreme Council of Ogoni Traditional Rulers, HRM King Godwin Giniwa also warned against militarisation of elections.

Wike also advised the Ogoni people to resist any form of intimidation by anyone who wanted them to take the back seat in the scheme of things.