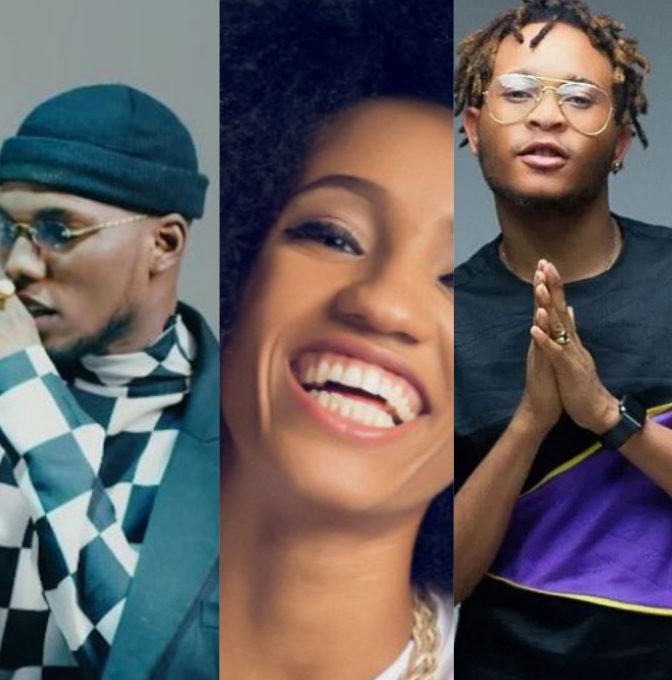 The Nigerian music industry doesn’t really have too many one-hit wonders.

Out here, it’s either you blow, or you don’t blow. It’s so crazy over here. Once you make a hit, you try as much as possible to follow up with hits, to stay relevant. So everyone’s putting extra efforts in their follow-ups.

But, not everyone is lucky to make a hit, twice. On the long run, we still have a handful of one-hit wonders. Artists who made Nationwide hits, only for all their next efforts to get slept on.

On this list, we give you ten of the known one-hit wonders, of our day. These are artists even children from the indomie generation will know or at least would have heard of one time.

Waste of talent, or what do we call this? Bigiano made one of the biggest hits of 2008, a club jam named “Shayo.”

If you listened to Nigerian music in ’08, you’ll definitely know Bigiano. And, that “Shayo” jam. But unfortunately, that was his only hit.

Whatever happened to Jodie.

“Oh baby, oh baby, kuchi kuchi yeah..” Who didn’t know that song that year? That tune can actually cool your temper, anytime. It sounds like gospel and inspirationals, but it’s a love song. It was a hit then, in 2011.

But, many people don’t even know her name, let alone, another song from her. Sadly, I might add.

“Go gaga going crazy, o yes she’s going crazy…” This jam was one of the biggest club bangers, in 2012. But somehow, that was the last time we heard of Chuddy K.

Turning Chuck D’s name upside down to form your stagename shouldn’t really have a lot of effect on your career. Or should it?

Thank God for Wizkid. Lynxx might have ended up without a hit single.

No doubt, “Fine Lady,” which had vocals from WizKid, was a hit, then. The music video, a wedding shot, was one of a kind too.

2014 saw a lot of new stars shine in the industry. YBNL, Mavins, had new guys who were for sure going to wow the industry. Di’ja was one of them.

She dropped “Awww.” Everybody knew that “there’s nothing I won’t do to make you smile oh.” But that’s almost seven years ago. She never could pull off a follow-up. Anyway, I heard she’s got two or three kids now.

But he doesn’t even understand what he wants to do. Sing, rap, or be a fine boy? His music has failed to impress over the years, unlike say, Lil Kesh, for example.

Only “Skibi Dat” was a hit. All what he did after that didn’t pick up.

After his mild hit “Hola Hola,” in 2016, he’s not done anything so hot. Even his album was shit. Stealing a song from an upcoming art didn’t help either. Where is Sugarboy today sef?

Wale Turner was once a wonder boy who we thought would take the reins of indigenous hip-hop and bring it to the mainstream.

“No” was kind of impressive though. A catchy hit, and a very worthwhile one too. It was able to keep the guy in some conversations for about a year. After which, he slowly drifted into oblivion.

If you ask Victor today, he’ll tell you he’s definitely not a one-hit wonder. But for years now, Victor AD is still trying to make a better hit than the viral “Wetin We Gain.” Unsuccessfully too, I might add.

Most of his efforts have been below the bar he set for himself, whole many of them are just darn unimpressive. I’m not sorry for adding him to this list at all.

That’s the Olamide effect, anyway. Olamide can give you a hit, but are you gonna call on him every single time you need a hit? Certainly not.

After all these years, Pepenazi has become “oh, that guy that did Illegal that year.” Too bad, huh.

Anyway, that’s all for today. Let’s hear what you think.

Which Other One-Hit Wonder Did We Miss?

Let us know in the comments below. Thank you.

Ice Prince – I Am Proud To Be A Nigerian Artiste Now

Olamide says he may not marry his babymama, reveals Adekunle Gold’s contract with YBNL has expired