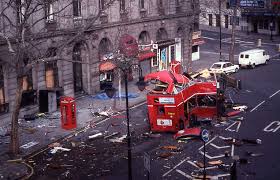 There was an attack at the UK parliament on Wednesday, March 22 which resulted in the death of 4 people.

The incident left the country in shock as many described it as a daring attack,

The perpetrator and a policeman were among those who lost their lives according to the BBC.

See some important fact about the attack to note:

1. Police labels it a terrorist attack

The Metropolitan Police declared it a terrorist attack and therefore took all the measure in dealing with one. Armed police officers were sent into the parliament building as a precaution and to also carry out investigation. No terrorist group has claimed responsibility yet though.

There was fear that the terrorist might have planted bomb in the area where the attack was carried out forcing security operatives to evacuate Westminster Square. Anti-bomb personnel also combed the area.

3. Theresa May was whisked away

The Prime Minister, Theresa May was whisked away by security operatives to safety while the parliament was on lock down. Police officers put on red firearm suits before conducting investigation of the area.

4. UK has brief President Trump of the attack

President Donald Trump of the US was formally briefed of the terrorist attack by National Security Adviser HR McMaster which made him appear at a scheduled meeting late. The US promised to assist in any way necessary while it also increased security in some parts of New York.

It was reported that the drove through pedestrians towards the parliament creating a chaotic scene in the parliament. Three French students near the Westminster bridge were injured when the attacker drover towards the fence.