Singing sensation, Davido looks every bit exhausted as he takes up child duties while his fiancee is being treated for the Corona Virus Disease 2019.

Well, as it is, it looks like Chioma is being isolated from them so she can receive the adequate treatment to make her recover from the disease quickly.

In light of this, Davido has taken up responsibilities as regards their son and judging from the photo he shared some moments ago, it’s obviously not an easy task.

The singer took to his Twitter page to share a photo of himself holding his son while revealing that mothers are trying and he can’t wait to have his fiancee back.

He shared the photo writing, 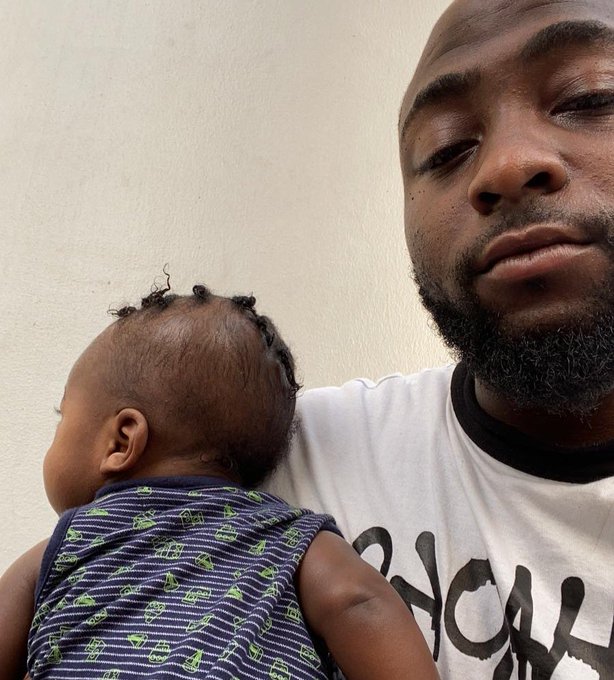 KeepTheChangeBae – Young man who was dragged on twitter for lashing out at a lady, finally apologizes

Olamide & Phyno Are No Threats – Yung6ix